FCA Winter Indoor League Starts 4th December. The below tie-sheet is extracted  from the FCA official version. 11 teams play everyone else once. Each team plays a total of 10 games. The team which manages to top the table at the end of the league is the mere winner of 'FCA INDOOR LEAGUE 2015/16). All indoor games are played on Friday's evening 8pm-11pm at Merihaan Pallohalli - Haapaniemenkatu 14 B , 00530 HELSINKI 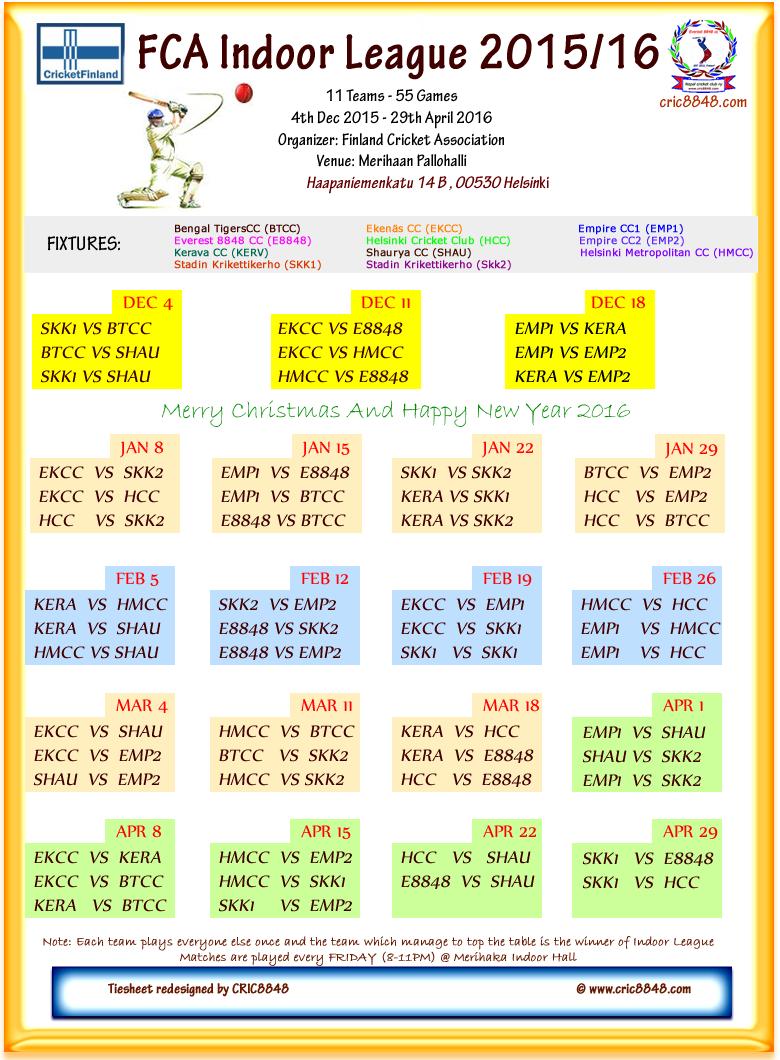